Pumpkin spice season is upon us and our thoughts begin to drift towards the scents and flavors of the season so, we would are happy to share with you our application note, “The Chemistry of Pumpkin Spice“.

Check Out Our App Note and Infographic for more information on the Chemistry of Pumpkin Spice.

FLAVONOIDS
Flavonoids are naturally occurring secondary metabolic products which can have important functions within plants and benefit consumers with health and healing properties.
Many beneficial compounds are metabolites produced as an end product of chemical and biological processes. Metabolites are small molecules that have many functions including defense, pigments, pheromones, odorants and catalysts. Primary metabolites are necessary for growth, development and reproduction. Flavonoids are secondary plant, algae or fungus metabolites composed of polyphenolic compounds. Secondary metabolites are not directly involved in critical processes but have secondary functions involving defense and pigmentation. We offer standards for analytical standards for flavonoid analysis.
Introducing our newest Flavonoid Standard
Flavonoid Standard with 15 components in Dimethyl Sulfoxide, 125 mL
Part # FLAVIN-1
Check out our complete Flavonoid Standards Offering here.
TERPENES
Terpenes in a sample of Cannabis helps to identify the strain and has an effect on the medical efficacy. We offer single component standards for common terpenes in Cannabis residues to make strain identification easier for the analyst.
Check our out complete Terpenes Standards offering. 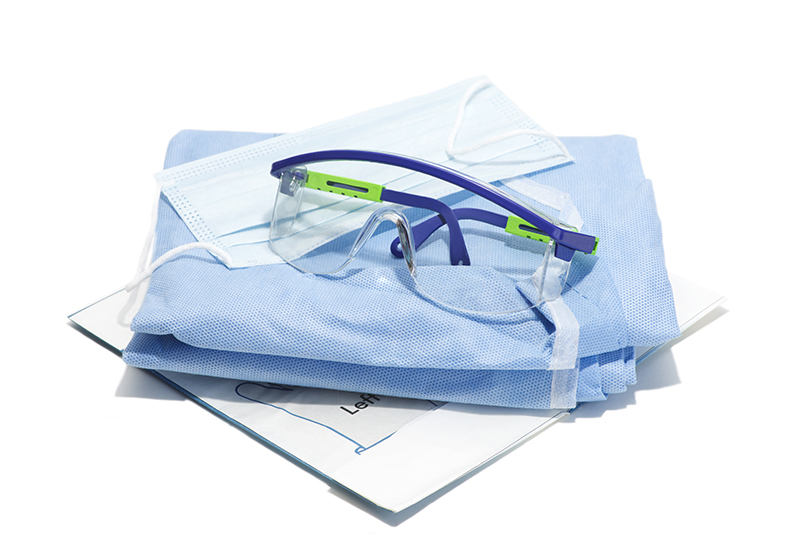 A normal part of laboratory operations is the use of personal protective equipment (PPE). Most laboratory personnel are familiar with common PPE such as gloves, safety glasses and lab coats.

Now, in the time of the pandemic, laboratories are reassessing and adding to their PPE protocols with the addition of face masks, face shields and further protections. This podcast discusses the wide spectrum of disinfectants, sanitizers and additional PPE we are all adding to our laboratory operations.

Like Loading...
Our ocean and coastal waterways are essential to our national security, international trade, maritime commerce, global competitiveness, and transportation.  The jobs of more than 3 million Americans depend on our ocean economy, which generates more than $300 billion of economic activity annually.  During National Ocean Month, we reaffirm our commitment to responsible stewardship of our ocean resources to strengthen and expand economic opportunities, while also ensuring that the natural beauty and wonder of the oceans are preserved and maintained for future generations.1
Why should we care about the ocean?
Our ocean provides countless benefits to our planet and all the creatures that live here.2

Spring flowers are beautiful, but, some of them also contain toxins. Check out our infographic below to see what toxins these flowers contain and what parts of their makeup contains those toxins. 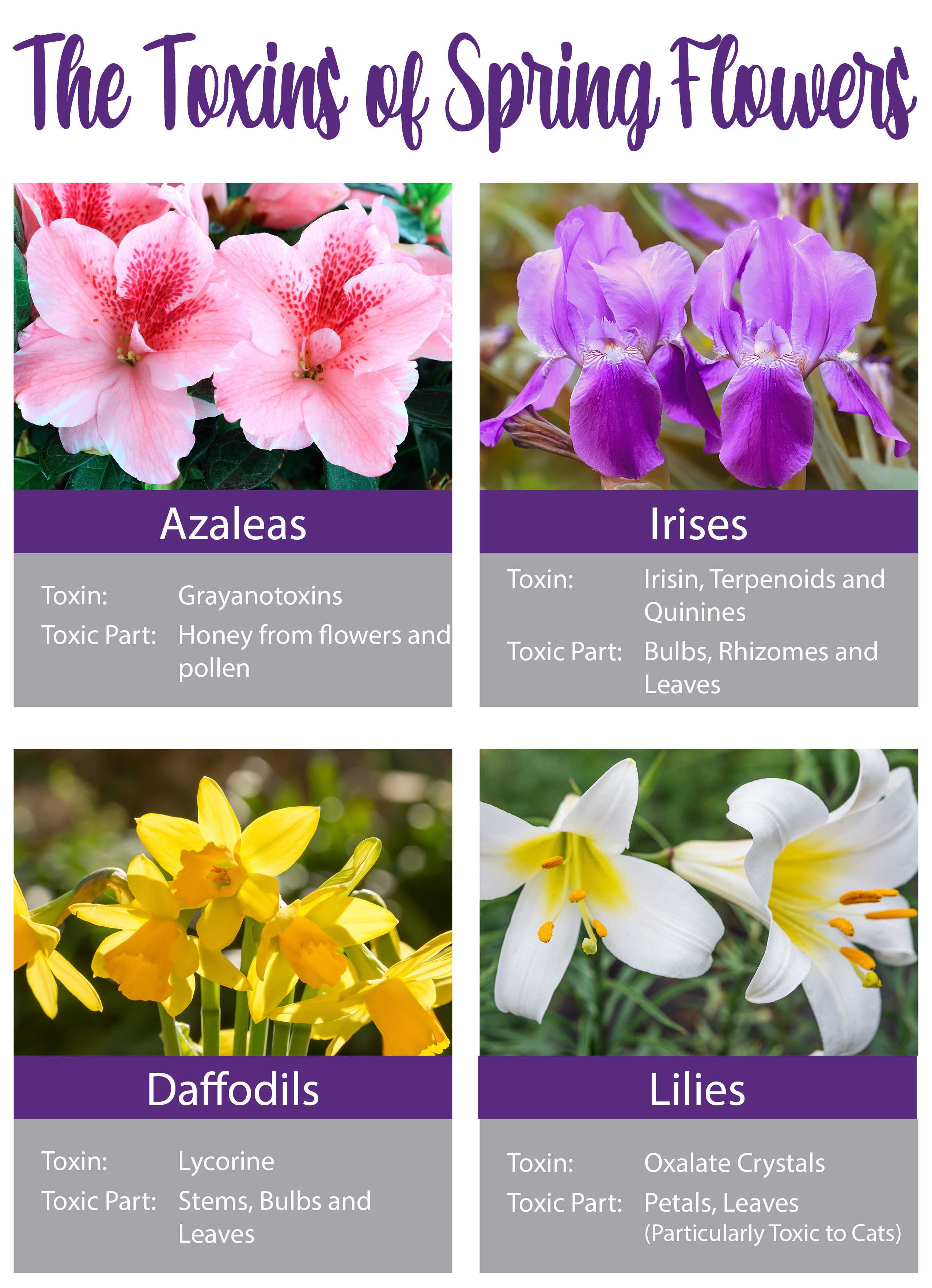 Like Loading...
Pesticide Residue and the Dirty Dozen!
The ‘Dirty Dozen’, published by the Environmental Working Group (EGW), is a list of produce containing the highest pesticide residue levels.
What made the list? Check out our Infographic below! 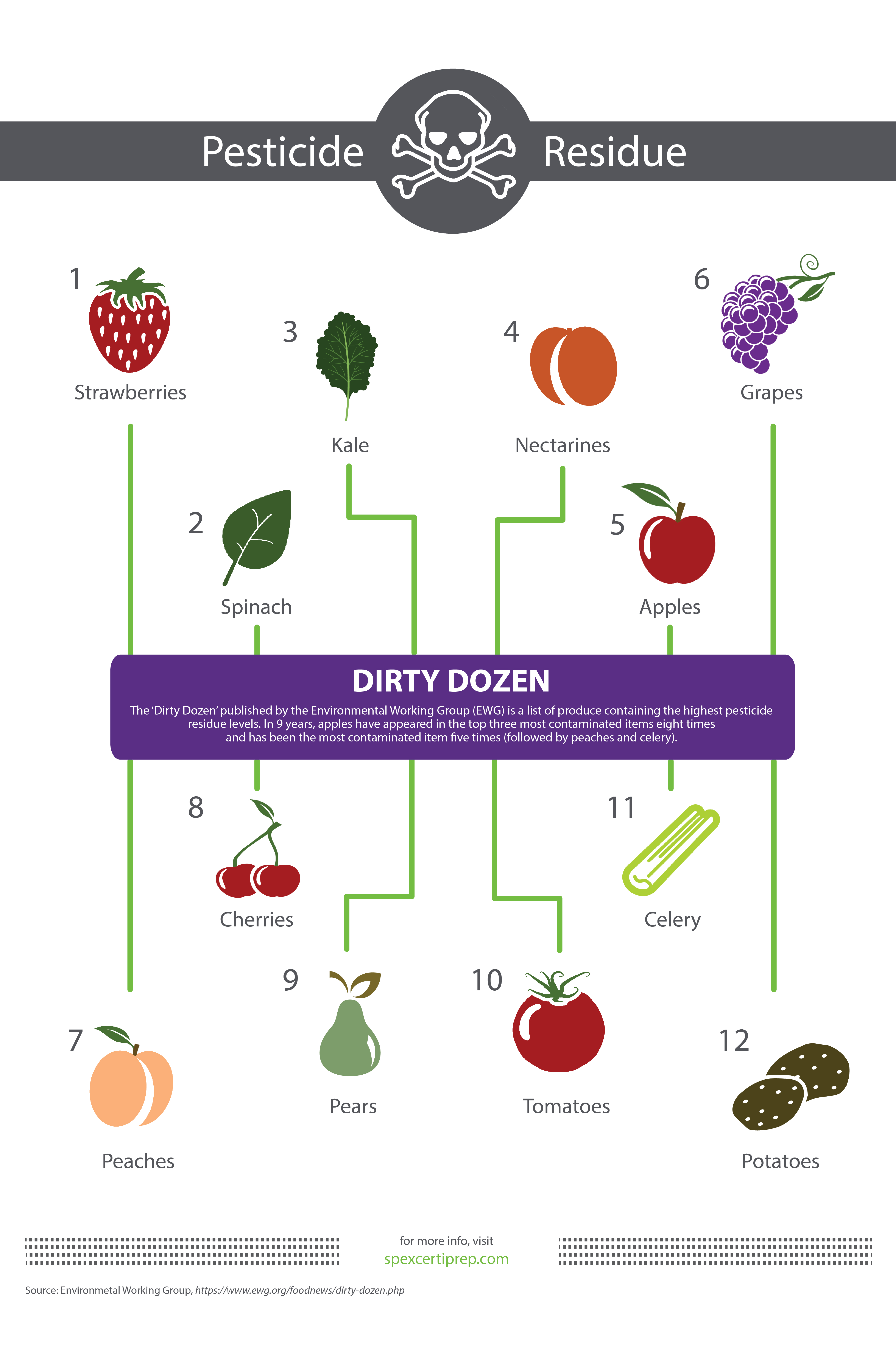 What are the produce items least likely to be contaminated with pesticide residues?Check out the infographic below to find out.

During this time of heightened awareness of disease transmission, many are finding themselves revisiting their cleaning and disinfecting procedures.  The internet and various organizations are full of advice as to what to use to clean and disinfect our persons, homes, businesses and laboratories.  While many products are often effective for use; they are not always particularly safe.  Strong volatile chemicals (such as acids, alcohols, ketones etc.) can produce noxious and irritating fumes or burns.  In some cases common household or laboratory cleaners and agents can become dangerous and lethal if combined.  Bleach or sodium hypochlorite solutions are very dangerous when mixed with most common chemicals.  Our infographic highlights some of the most dangerous combinations of household and laboratory cleaners. 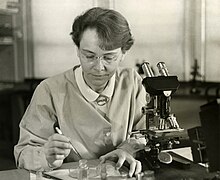 Barbara McClintock, born on June 16th, 1902, was a scientist and cytogeneticist who made a number of groundbreaking discoveries in genetics. She demonstrated the phenomenon of chromosomal crossover, which increases genetic variation in species. She also discovered transposition, genes moving about within chromosomes and showed that genes are responsible for switching the physical traits of an organism on or off.

Barbara McClintock went to high school in Brooklyn, New York. Barbara’s mother was uncomfortable with sending her to college because she believed it would turn Barbara into an oddball that nobody would want to marry. Eventually, in September 1919, Barbara’s father overcame her mother’s objections and Barbara went to enroll at Cornell University immediately.

In 1921, she took her first genetics course. Her ability and understanding of the subject matter propelled her into graduate level classes while still an undergrad. Excited and fascinated with the genetics of plants, she finished undergrad with a degree in agriculture in 1923.

In 1925, McClintock went on to earn her M.S. and Ph.D. in botany at Cornell University. Her M.S. and Ph.D. degrees involved investigations of plant genetics. This would be the focus of her research for more or less the rest of her life.

In 1930, McClintock was the first person to describe the cross-shaped interaction of homologous chromosomes during meiosis. She developed improved staining techniques, which allowed her to see chromosomes under the microscope better than anyone else had before.

In 1941, McClintock became a visiting professor at Columbia University.

In 1944, she became the third woman ever to be elected to America’s National Academy of Sciences.

In 1971, McClintock was 81 years old and revived the National Medal of Science from President Richard Nixon. A large number of other awards and honorary degrees followed, culminating in the 1983 Nobel Prize in Physiology and Medicine for her discovery of mobile genetics. Her discoveries were rejected for years by other scientists, but eventually they realized she was right all along.

Stephanie Kwolek, born on July 31st, 1923, was an organic chemist, best known for inventing Kevlar in 1965. Kevlar is an immensely strong plastic, first used as a replacement for steel reinforcing strips in racing car tires, and now used in a large number of applications where high strength is required without high weight.

Age 23, Kwolek graduated with a degree in chemistry from Margaret Morrison Carnegie College of Carnegie Mellon University. She was quickly recruited to work as a chemist at Dupont Chemicals in Buffalo, NY. Four years later, she moved to Wilmington, Delaware where she spent the remainder of her career with DuPont.

After nine years of research work, Kwolek made her major breakthrough, discovering Kevlar. Her pathway to discovery began a year earlier, when she began looking for a new, lightweight plastic to be used in car tires. The idea was that lighter tires would allow vehicles to enjoy better fuel economy.

Not only did Kevlar find use in tires, its combination of lightness and strength has seen it used in a large variety of protective clothing applications, such as bulletproof vests, which have saved the lives of countless police officers and other people.

For her discovery, Kwolek was awarded the DuPoint company’s Laviosier Medal for outstanding technical achievement. As of August 2019, she was the only female employee to have received that honor. In 1995, she became the fourth woman to be added to the National Inventors Hall of Fame. Kwolek won numerous awards for her work in polymer chemistry, including the National Medal of Technology, the IRI Achievement Award and the Perkin Medal.

In 1986, Kwolek retired as a research associate for DuPont. Toward the end of her life, she consulted for DuPont, served on both the National Research Council and the National Academy of Sciences. During her 40 years as a research scientist, she filed and received either 17 or 28 patents. Kwolek died at the age of 90 on June 18, 2014.